David’s practice has included litigation in all levels of Courts in British Columbia, and the Federal Court at trial and appellate levels, as well as participation in arbitrations and mediations as counsel. David has also appeared before administrative tribunals such as the British Columbia Environmental Appeal Board on matters relating to British Columbia’s contaminated sites legislation, and the Transportation Appeal Tribunal of Canada on maritime matters.

David has authored articles on topical legal issues for a local shipping magazine for over ten years. He has guest lectured at Royal Roads University B.Sc. program in environmental studies, conducted seminars on maritime legal issues to a number of groups, participated in a panel on practice for Continuing Legal Education, and co-authored a paper on discovery of documents for CLE. David is an annual contributor to CLE’s Due Diligence Deskbook on chapters relating to Ships, and to Fisheries and Oceans. David also contributes annually to CLE’s PPSA Practice Manual on vessel financing. 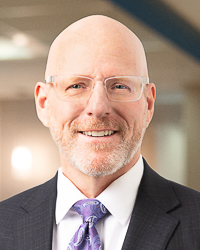