Jason is a senior solicitor who advises clients on a broad range of contract and business law matters, including the drafting, negotiation and execution of engineering and construction contracts for transportation and marine infrastructure, resource development projects, joint ventures, business arrangements with First Nations, and governance of businesses ventures and not-for-profit organizations.

Jason has particular experience in the development, engineering, procurement, and construction of major transportation and other infrastructure projects.  He has acted as counsel for engineering, construction, or owner on more than 20 major project pursuits and executions across Canada and internationally, including LRT transit systems, roads, tunnels, bridges, and LNG and LPG export terminals.  These projects have been procured under various models including public-private partnership, design-build, design-build-finance, and engineering–procurement–construction (EPC), and with budgeted capital expenditures ranging from less than CAD $40 million to more than $5 billion.

Jason joined Bernard LLP in 2017.  Prior to that, Jason was an in-house lawyer for more than a decade, first at the Vancouver International Airport Authority, then at the Infrastructure Construction division of SNC-Lavalin, and most recently as senior local counsel at Pacific NorthWest LNG.  In his in-house capacities, Jason focused primarily on the development, pursuit and execution of major infrastructure projects. Jason’s advice and guidance typically encompassed legal as well as strategic, commercial, risk, and corporate governance considerations.

Jason began his legal career as an articling student and associate in the Vancouver office of a national law firm, practising business law with a particular emphasis on contracts and real estate development. Prior to entering law school, Jason enjoyed a successful career in business.

Outside of work, Jason enjoys running, hiking, camping, sea-kayaking, making cocktails, and travel.  Jason has travelled to more than 30 countries across 5 continents, lived in 3 countries, and is proficient in Japanese. 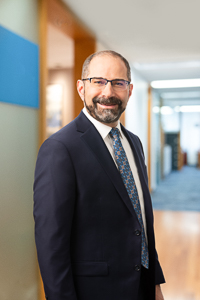