Tom acts for professionals in complaints before their regulatory boards and members of the Royal Canadian Mounted Police in employment matters.

Tom’s practice has included litigation in all levels of Courts in British Columbia, the Federal Court at trial and appellate levels, and the Supreme Court of Canada, as well as participation in arbitrations and mediations as counsel. Tom regularly appears before the Human Rights Tribunal of BC, the Canadian Human Rights Commission, the Canadian Human Rights Tribunal, the Employment Standards Branch of BC, and the Employment Standards Tribunal of BC.

Tom has written articles on human rights, judicial review and employment law for the Continuing Legal Education Society of BC for many years, and is a regular speaker at other professional continuing education conferences. Tom is also a frequent speaker on underwater archaeology, diving and maritime history in BC and beyond. 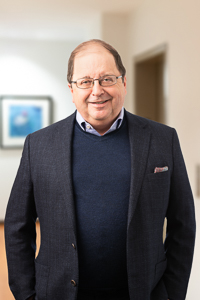