Tom has conducted cases in the trial and appellate courts of the Federal Court, the British Columbia Supreme Court and the Supreme Court of Canada. He has been counsel in numerous maritime casualty investigations and oil pollution occurrences. He conducted the investigation of the 2006 sinking of the “Queen of the North” and represented the families and survivors of the 2015 “Leviathan II” Tofino whale watching boat tragedy.  Tom’s clients appreciate his practical solutions focused approach to resolving operational and legal problems. Leading publications have referred to Tom, saying: The “very talented” Thomas Hawkins comes “highly recommended” by clients.

He serves as an Adjunct Professor of Maritime law at the U.B.C. Faculty of Law and has lectured on many maritime and insurance topics. Tom was appointed Vice President of the Pacific Regional Advisory Council on Oil Spill Response by the Minister of Transport. He has presented topics on maritime law to the Government of Vietnam.

Tom is the past West Coast Vice President of the Canadian Maritime Law Association and currently serves as Chair of the TSB Committee. He is past chair of the BC Maritime Law Section, past Member at Large of the National Maritime Law Section of the CBA and member of the Owners Committee of the Chamber of Shipping of B.C. He also served on the executive of the Marine Insurance Association of BC.  Tom writes many articles for publication and is a frequent speaker in the area of maritime law, marine insurance and bodily injury.

As a maritime lawyer Tom walks the walk by regularly crewing on offshore ocean sailing expeditions notably across the Tasman Sea, the Coral Sea, South Pacific and recently across the Atlantic Ocean.

Tom enjoys summer sailing up the coast on his Jeanneau 41 with his family, as well as skiing and ice hockey in the winter. 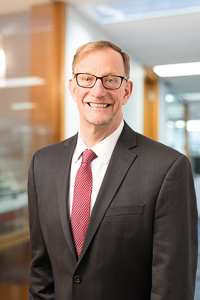