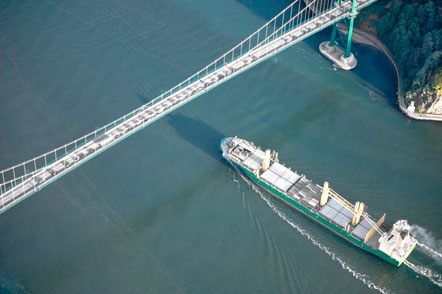 The Bernard LLP Admiralty and Maritime practice group is one of the largest and most experienced in Canada. Our marine lawyers have been involved in virtually every major maritime casualty on the West Coast of Canada over the past four decades.

The firm represents a broad range of clients in both a litigation and transactional context. Clients are both domestic and international, and cover all aspects of marine transportation. They include shipowners, charterers, ferry operators, cruise operators, tug and tow, salvors, shippers, receivers, terminal operators, forwarders, and their insurers.

On the litigation side, the firm acts for virtually all of the International Group Protection and Indemnity Clubs, and Defence Clubs. This requires our maritime law group to be available on call 24/7. The firm routinely acts for both domestic and foreign hull and machinery underwriters as well as general insurers. We also act directly for Canadian and foreign ship owners, charterers, forwarders as well as shippers and terminal operators.

Our lawyers deal with a wide range of claims, including those arising out of collision, grounding, salvage, pollution and related environmental issues, cargo claims arising from marine or multi-modal transit, charterparty disputes, freight and demurrage disputes, lien claims, arrest of ships, as well as coverage issues in a marine insurance context. Additionally, we routinely defend charges arising under Canadian regulatory provisions such as those found in the Canada Shipping Act, 2001 and regulations.

On the transactional side, we advise and assist in the preparation of key transport documents such as bills of lading, charterparties, contracts of affreightment and passenger ticket contracts. We also advise on the purchase, sale and financing of ships, including the construction and repair of ships, both pleasure and commercial, terminal service agreements, salvage agreements, and security service agreements. We have been extensively involved in assisting foreign companies to either relocate to Canada or establish Canadian branch offices.
Lawyers within the group have advised extensively on the regulatory requirements in Canada for foreign insurers to conduct business in Canada.

Our lawyers are actively involved in professional development and in the marine community. This includes directorships or appointments with the Canadian Maritime Law Association, the Canadian Bar Association Maritime Law Section (both provincially and nationally), the Chamber of Shipping of British Columbia, the Vancouver Maritime Museum, the International Sailors Society Canada, the Vancouver Maritime Arbitrators Association, the Plimsol Club, and the West Vancouver Yacht Club, to name a few. Our lawyers routinely write and speak on maritime law topics and are consistently recognized by their peers as leaders in the area of maritime law.