Harry obtained his Juris Doctor and LLM from Bond University in Australia.  Prior to law school he attended Simon Fraser University where he obtained a Bachelor of Arts degree majoring in Geography.  During his undergrad, Harry was part of an international field study in Eastern Europe which researched the impact on industry and shipyards following the collapse of the Soviet Union.

Harry articled with Bernard LLP and joined the firm as an associate in 2018.  He primarily practices as a civil litigator in the litigation and maritime groups.

United Yacht Transport LLC v. Blue Horizon Corporation, 2020 FC 1067: This case dealt with a claim for unpaid freight and fees owing to the plaintiff, a yacht transporter, for transporting the defendant yacht the Knight Ship from Florida to British Columbia.  Following arrival in British Columbia the yacht was arrested for the unpaid amounts.  David Jarrett and Harry Ormiston successfully brought a motion for summary trial pursuant to Rules 231(1) and 216(6) of the Federal Court Rules on behalf of the plaintiff yacht transporter seeking recovery of the initial freight amount plus additional charges for demurrage and other damages. The Federal Court accepted the plaintiff’s argument that the case was suitable for determination by summary trial and granted judgment in the amount of $160,199 USD.  In addition to granting judgment in favor of the plaintiff, the court rejected the defendants’ arguments regarding alleged negligent misrepresentations made by the plaintiff and a claim for a set-off relating to alleged damage of the hull of the yacht. In light of its success, in a subsequent unreported decision the court awarded the plaintiff its costs of the action, including double costs for all steps taken following service of a formal offer to settle that it beat at the summary trial.

When Harry is not at the office he enjoys playing ice hockey in the winter and playing golf and boating with his family in the summer.  He also has a passion for travel and has lived on three different continents. 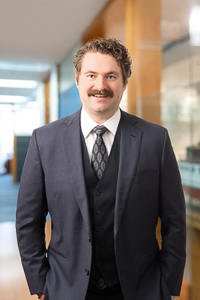