Elyn has been practising law since 1985 after completing her Masters of Laws at the University of London (LSE) in maritime law.  She has practiced with two maritime law firms before joining Bernard LLP in 2018.  She has more than 25 years’ experience as a litigator and solicitor in the maritime law field. Elyn has been involved in maritime and transportation litigation including marine insurance, carriage of goods, collision, charter parties, tug and tow, and personal injury matters.  Elyn has appeared before the Supreme Court of British Columbia, the British Columbia Court of Appeal, the Federal Court and the Federal Court of Appeal.

In 2008 Elyn became a mediator on the Mediate BC’s Civil Roster. She is a regular guest instructor for the mediation component of the Law Society’s Professional Legal Training Course for new lawyers.

In addition Elyn has been a facilitator and presenter at the Continuing Legal Education (Admiralty Law Workshop) and has provided the following education seminar presentations to the Marine Insurance Association of British Columbia: Insureds, Loss Payees, Mortgages and Assignees: Rights and Responsibilities under the Policy; Marine Insurance and Time Limitations; and A Review of Recent Cases.

Elyn is a past chair of the BC Air Law subsection of the Canadian Bar Association. Elyn is presently a director of the Jericho Tennis Club. 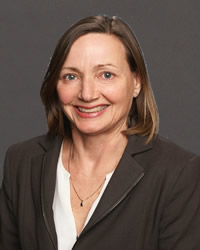